Marking his new role as youth engagement ambassador for Everton in the Community (EitC), music fan Tom enjoyed learning KATUMBA’s warm up beats. He also proved his talents are not limited to his feet!

🥁 | @1TomDavies dropping by for a spot of samba!

It’s been a busy day at the People’s Hub for our #EITC Showcase – more videos all week… pic.twitter.com/LxcSN60Wyl

EitC deliver a range of programmes to promote health, education, social inclusion and equality of opportunities across Merseyside, North Wales and the North West of England.

KATUMBA work closely with Everton because of a shared passion to inspire confidence in people. Their exhilarating music and dance workshops never fail to empower, engage, and get people on their feet!

To book KATUMBA for a workshop or event, get in touch

Wellbeing Week 2018: Katumba’s Workshops for Schools
Katumba's school workshops are a fantastic way for pupils of all ages to learn a new skill, work as a team and build confidence. 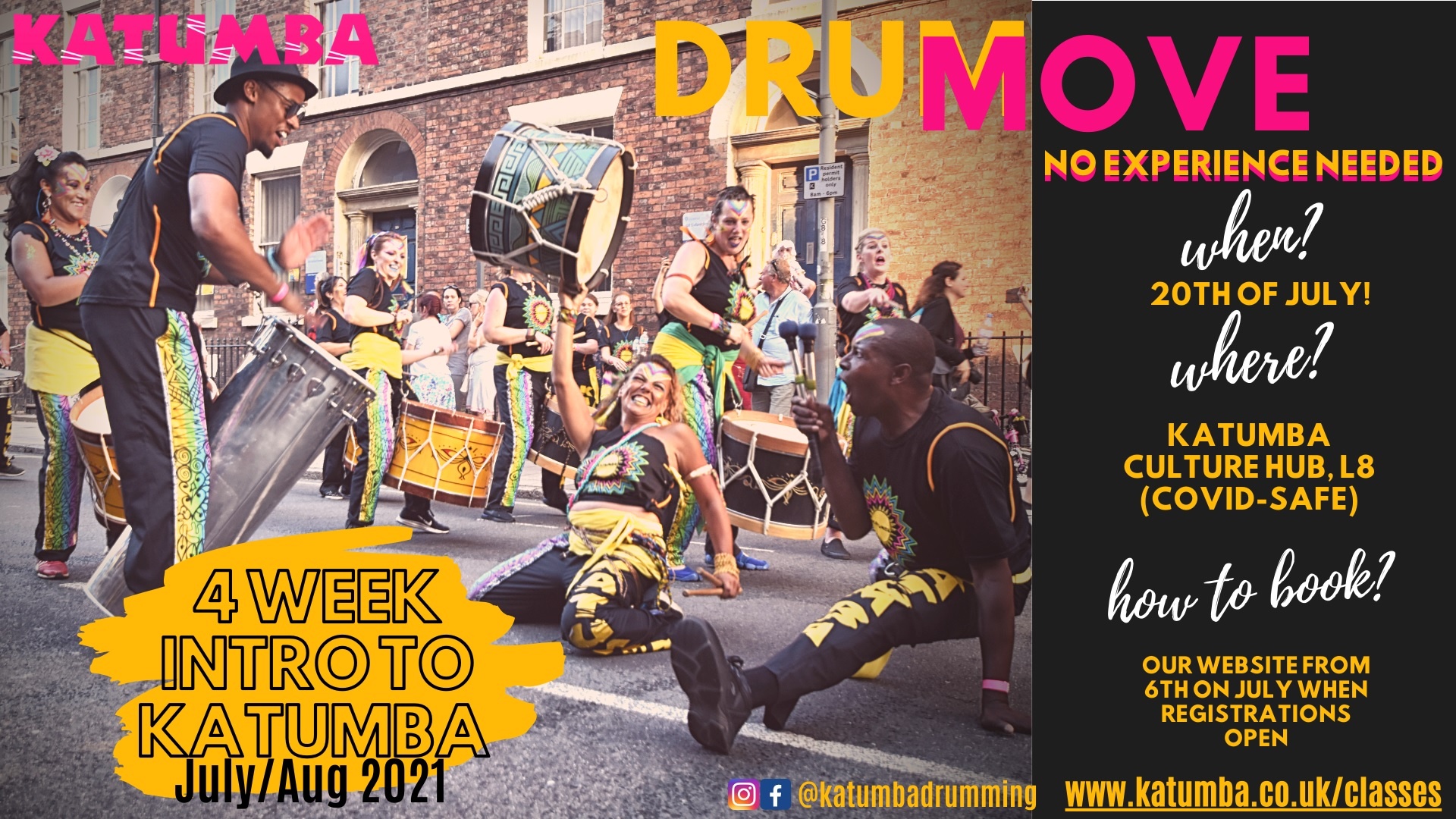 Katumba Drumming & Movement For Beginners July/August 2021!
Come and experience Liverpool’s Katumba Drumming & Movement - with a Brazilian twist! In 4 sessions, learn the basics of drumming, rhythm, technique & movement with us!
See More News Items
This website uses cookies to improve your experience. We'll assume you're ok with this, but you can opt-out if you wish.AcceptReject Read More
Privacy & Cookies Policy