Liverpool hosted a Slavery Remembrance Day march to commemorate the lives and deaths of thousands of the cruel trade.

The march was led by the lively Katumba drum band and started at the Central Station end of Church Street, making its way to the Slavery Museum at Albert Dock.

Head of the International Slavery Museum Dr Richard Benjamin said: “The march is held to remember thousands of lives and to help people understand why it is important to hold this day.

“Liverpool as a city does a lot more for remembering slavery than other cities do and it is important for us to do this because of the history of slavery in Liverpool.

“It is not easy to keep this sort of event going, but it is essential to Liverpool and especially to those people who have come from all over the country to be here today. Its significance should be recognised nationally.”

Play
0:00
/
0:34
Fullscreen
Mute
Share
After starting at Church Street, the march made its way through Liverpool and gathered crowds and momemtum as it made its way down Paradise Street.

This year marks the 17th year of the march, and the Kutamba band were honoured to have been asked to lead the procession through the streets.

Band member Hilary Dunn said: “It is just amazing. Our band celebrates multiculturalism so it is important to us to raise awareness of that.

“And it really is a wonderful honour to have been asked to play as part of the Remembrance Day.

“There isn’t a sad atmosphere with the march, it is a joyful occasion.”

The historic Old Dock in Liverpool was where slave ships would once have moored and been repaired.

After the march was completed, there was entertainment and dancing on display at the front the International Slavery Museum and a libation ceremony to tribute African and Caribbean heritage was held at the waterfront.

Wellbeing Week 2018: Katumba’s Workshops for Schools
Katumba's school workshops are a fantastic way for pupils of all ages to learn a new skill, work as a team and build confidence. 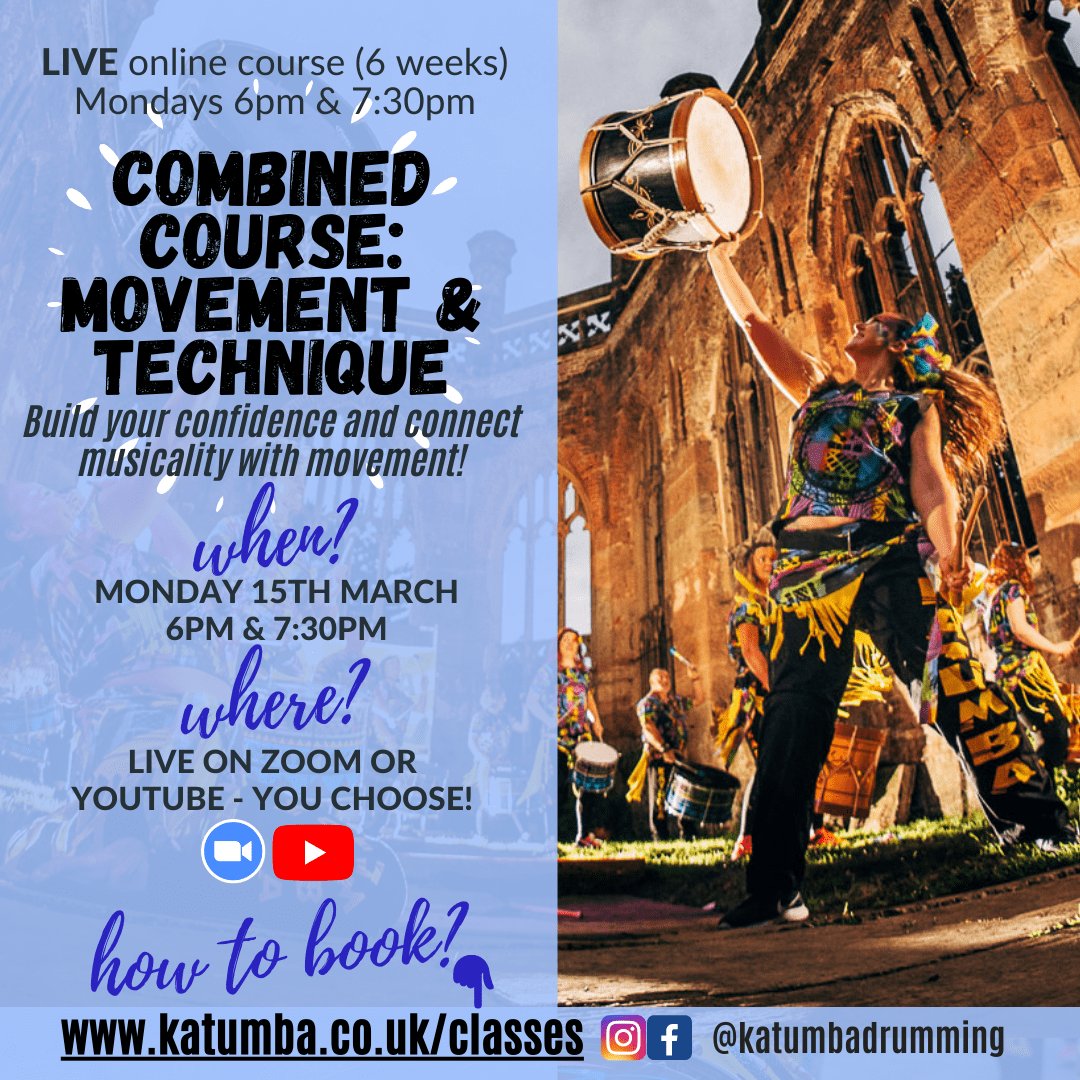 Drummer Jane’s Sponsored Cycle for Katumba Crowdfunder
It’s always overwhelming to hear how our drumming positively affects so many different people. Jane’s story is one that truly encapsulates why it’s so important we keep doing what we’re doing. In an amazing effort to raise funds to repair our van, Jane came up with the idea of doing a sponsored cycle. Read more about why Jane is riding for Katumba below.
See More News Items
This website uses cookies to improve your experience. We'll assume you're ok with this, but you can opt-out if you wish.AcceptReject Read More
Privacy & Cookies Policy