Katumba are excited to announce we are bringing internationally renowned Candomblé percussionist Alysson Bruno to Liverpool to deliver a powerful Afro-Brazilian drumming workshop on Saturday 9th June! The workshop will run 1-5pm at Childwall Academy Dance Studio, and is open to all levels and ablities.

Alysson Bruno is a musician, dancer, composer, producer and music director from São Paulo, Brazil, born and raised in the religion of Candomblé of the Ketu nation.

He began his training with the social and cultural organization Abaçai Cultura e Arte, led by one of Brazil’s prominent percussionists and researchers: Ari Colares. Alysson was chosen as an assistant musical director and a professor of percussion alongside Colares from 2010 – 2012.

Alysson has worked as a musician with Guga Stroeter and his Orquestra HB, with whom he has performed with and recorded for the album Xire Reverb, featuring a Jazz orchestra combined with the traditional music of Candomblé. He has also performed as a musician with the Brazilian guitarist and vocalist Pepeu Gomes, the composer Letierez Leite (also a musician of Rumpilezz), and world renowned artists Ilê Aiyê and Criolo.

He has taught numerous workshops in percussion, movement and the musicality of Candomblé in Brazil, Argentine, Canada, France, Switzerland, Russia, Sweden, England and Spain. Since 2007, he has worked as the main percussionist and composer with the choreographer Irineu Nogueira. He has also played, composed and performed with internationally renowned choreographer Rosangela Silvestre, since 2010.

Alysson’s recent projects include working as a musician for various bands in São Paulo; Alafia, Höröya, Batucada Tamarindo and Coletivo Roda Gigante; performing as a dancer for Gumboot Dance Brasil; being the musical director for Toronto based dance company Dance Migration and composing for Toronto based drumming group Baque de Bamba.

Workshop for all levels and abilities.
***15 instruments will be available to participants who do not own their own drum. Click here to reserve*** 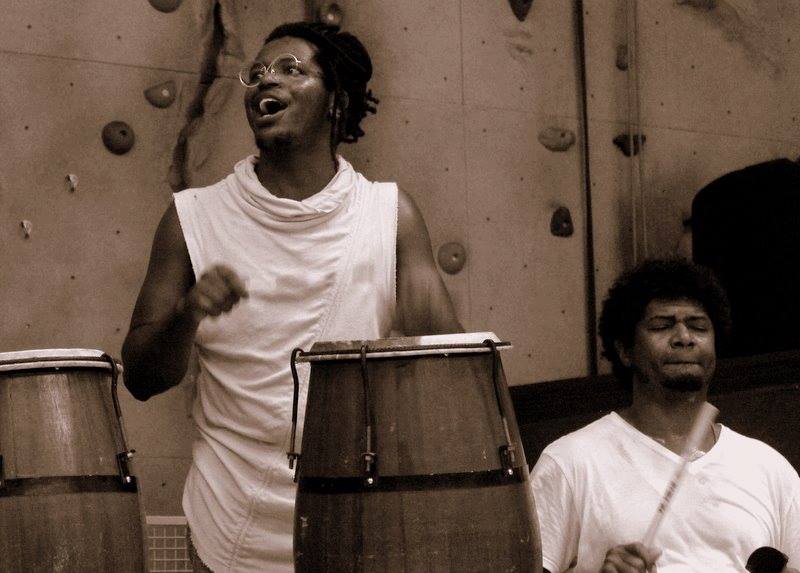 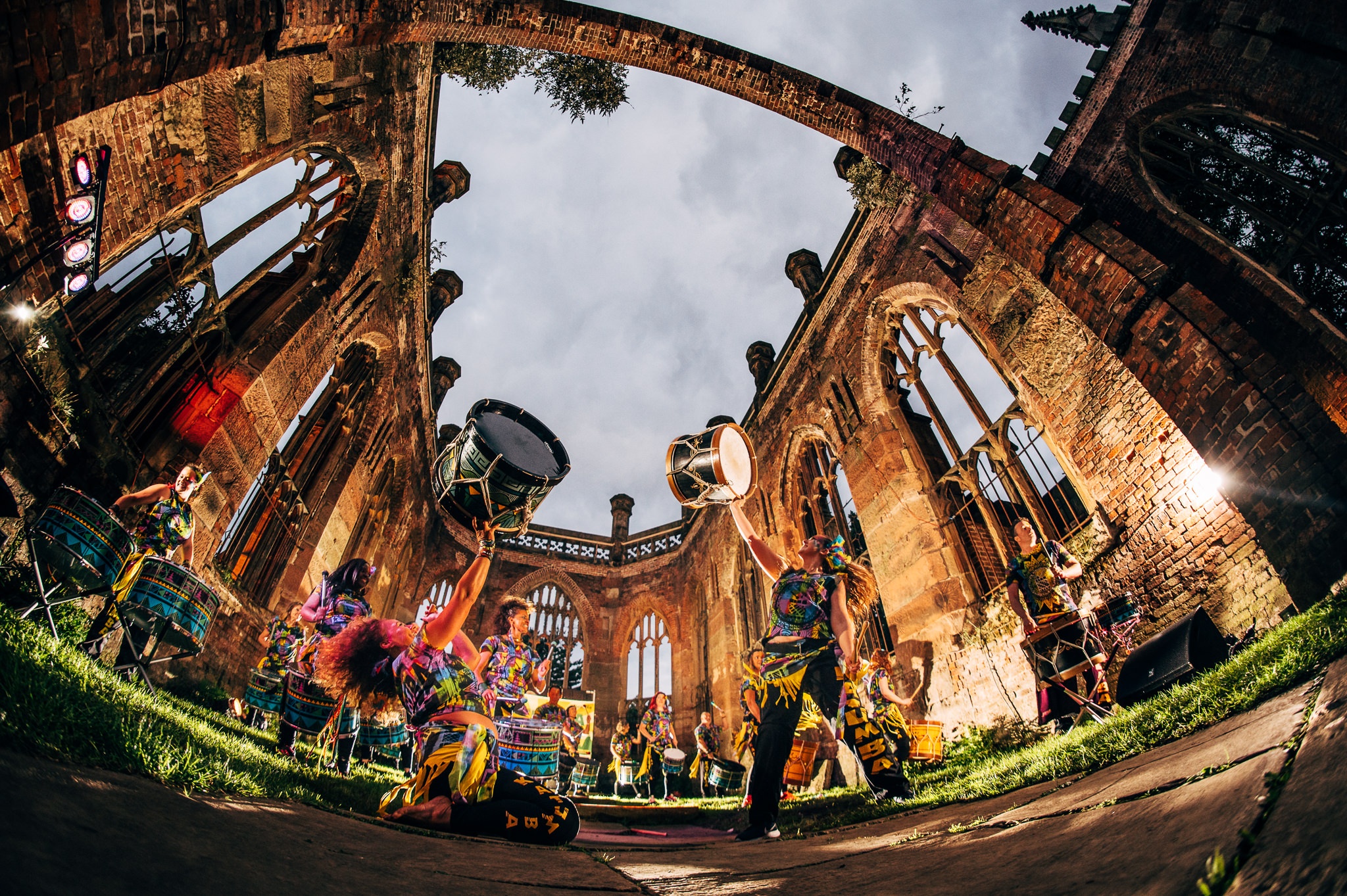 Spellbinding First Show Back at the Iconic Bombed Out Church
We're back! We had a blast blowing crowds away for post-lockdown covid-safe performances at the Bombed Out Church - part of Liverpool Ignitus Festival of Performing Arts!

Drummer Jane’s Sponsored Cycle for Katumba Crowdfunder
It’s always overwhelming to hear how our drumming positively affects so many different people. Jane’s story is one that truly encapsulates why it’s so important we keep doing what we’re doing. In an amazing effort to raise funds to repair our van, Jane came up with the idea of doing a sponsored cycle. Read more about why Jane is riding for Katumba below.
See More News Items